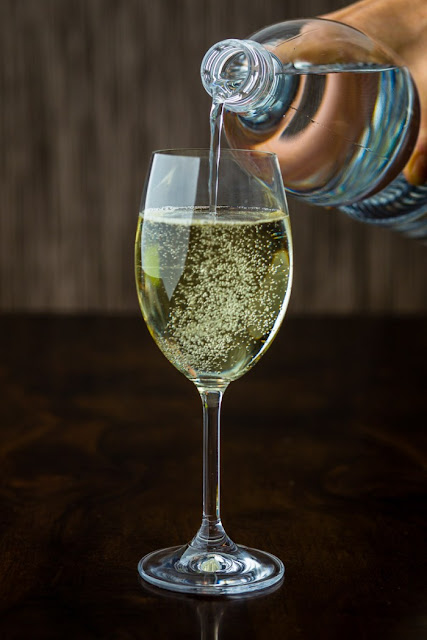 Spritzer is a very popular alcohol beverage in Macedonia. Originally, spritzer (шприцер) is an alcoholic drink (cocktail) obtained exclusively with a mixture of white wine and sodium water from a “siphon” (a bottle filled with water under pressure with the addition of carbon dioxide).

Probably the name was derived from the German word for sprinkling (German spritzen). The spritzer originated in Germany at the beginning of the 19th century when the first soda water was made in the town of Seltzer. Sodium water is a pure water without minerals and salts with added carbon dioxide and it is the best for mixing with wine.

In Macedonia, it is assumed that spritzer was brought by rich merchants and it became an inevitable part of every celebration.

The essential difference between Macedonian spritzer and the original one is in the composition of mineral carbonated water that contains a lot of minerals and salts, which is said that significantly impairs the quality of the mixture.

Preparation:
Pour half a glass of white or rose wine and fill the other half with soda-water. Since soda water comes under a lot of pressure (sprinkles) it breaks down the wine and builds a solution of wine and soda water whose carbon oxides together with alcohol enhance the organoleptic experience.