Skip to content
Bosnian Europe Main course
Bosnian potato stuffed peppers: now let’s see how easily you can take two common ingredients and transform them into a delicious, one-pan, vegetarian meal that will make even the most stubborn of meat eaters pant for more.

Bosnian potato stuffed peppers is a second recipe of this type on the blog (remember the other stuffed peppers?). I’ve decided to include it anyway because this one is a little bit different, and dare I say, even tastier than before.
Instead of grating potatoes, this time around we cube them, stuff the peppers with it, and bake. Fifteen minutes before the end of baking, we take the peppers out and add heavy cream. The result are the most succulent Bosnian potato stuffed peppers you’ve ever tried in your life. And if you haven’t tried any, this is your opportunity to do so.

As I’ve mentioned in the previous recipe, potato stuffed peppers are the type of meal that will make you ask yourself why you didn’t think of it. Well now you don’t have to. It’s here for your consumption. 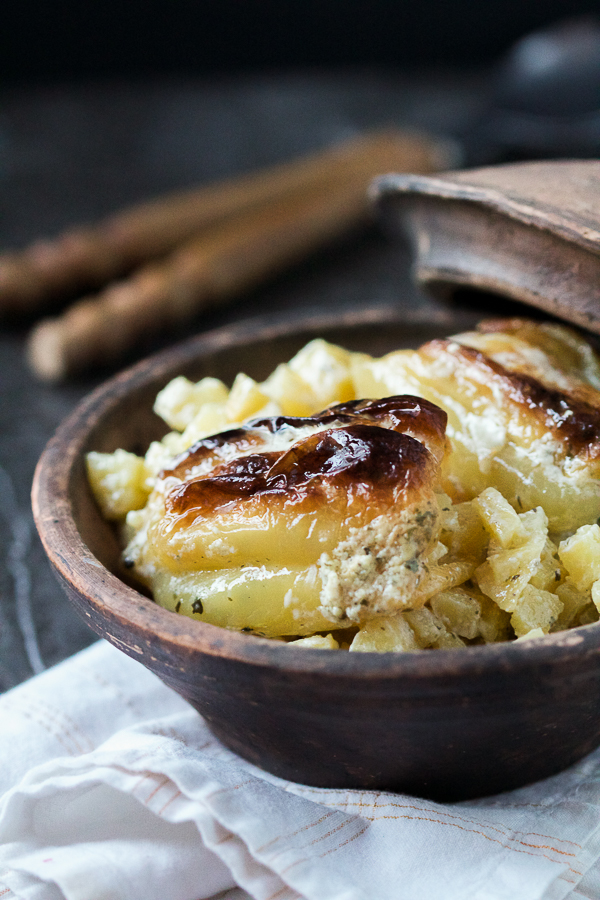 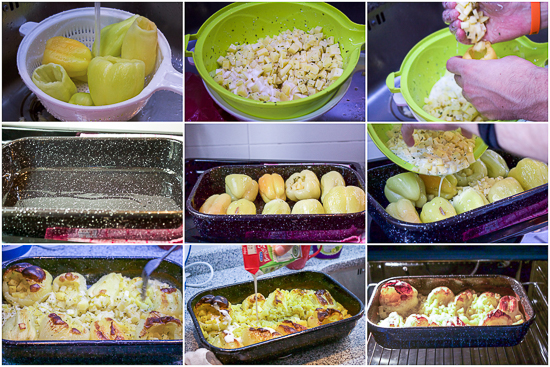