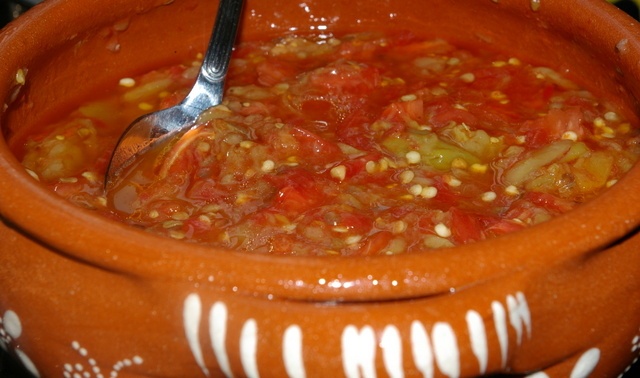 Pindjur is one of the most favorite Macedonian traditional appetizers, which is always good to have on the table. I mostly enjoy eating pindjur combined with warm bread or with cheese. Delicious! There are different recipes, different ways of preparation of pinjur, I chose this one as the most uniform recipe.