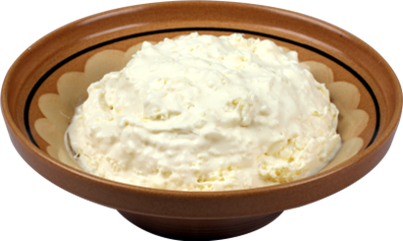 Kaymak (pronounced: kay-much) is a creamy thick dairy product with a rich taste. It’s made from milk, mostly in the Balkan region. The traditional method of making kaymak is to boil the milk slowly, then simmer it for two hours over a very low heat. After the heat source is off, the cream is skimmed and left to cool (and mildly ferment) for several hours or days. Kaymak has a very high percentage of milk fat around 60%.
This recipe will show you how to make homemade kaymak when raw milk is not available.