Bosnian bean stew is a one-pot, hearty-stock stew made with just a few ingredients. It does take a couple of hrs to make (most of which you don’t have to be present for), but boy do good things come to those who wait!

Today I’m sharing a state secret with you!

For the first time ever written in English language, below is the recipe for a delicious Balkan bean stew concocted by no other than the JNA (Yugoslav National Army) cooks back in the 70s and 80s. (Unless of course someone else already translated it.)

I’ve noticed this recipe several times on Balkan websites in the past few weeks. It came with claims that this stew will DOMINATE all other Balkan bean stews ever made, for as long as you shall live. And longer. Yes, the descriptions were that dramatic.

As you know, I get beyond excited about any “secret” recipe, even though most of these secrets turn out to be total BS. But this recipe peaked my curiosity because:

Now if you’ve ever been a scout, or belonged to any outdoorsy club, you know the joys of eating under the sky with your buddies. (I won’t even go into this with all of you out there who’ve been in the army, because you experienced better than anyone the sheer happiness that is a stew which simmered for hours.) The outside air, the stars, the fire – in short the atmosphere – makes everything taste better.

Even something as simple as a sandwich, tastes like the best sandwich ever! 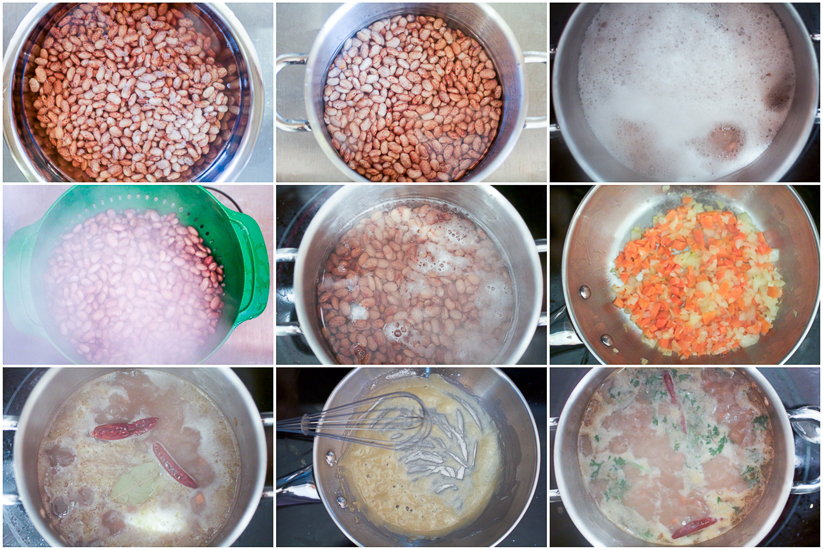 * Ideally, soak them overnight.
** The beans are about ready when they are chewy, but not falling apart, and definitely do not have a “crunch” when you bite into one.
Please note the photos are not indicative as to how much liquid is really in the stew. I removed a lot of it for photographing.